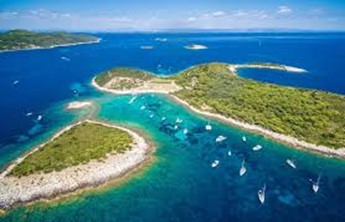 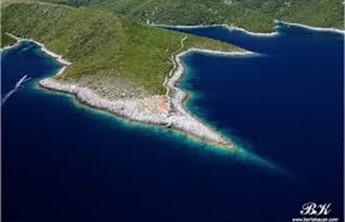 Croatia has firmly established itself as a summer destination par excellence. Its coastline stretches for 1777km, and with over 1,246 islands it’s paradise for hidden coves and bays

But with all that coastline, where do you find the best beaches?

There are a few sandy stunners but the majority of beaches in Croatia are pebbly (which makes for exceptionally clear water for swimming and snorkelling).

There is a list of our favorite beaches on the island:

West of Mala Travna lies this magical bay surrounded by high stone cliffs that dive into the crystal clear waters. Between the cliffs there is a small sandy beach that is only visible after you sail through the “gate” of the magnificent rocks. The beach Stiniva is reached by very steep goat trail, so it is not advisable to take small children. Given the fact that all sides are surrounded by high cliffs, Stiniva is always at least one half in the shade

The protected Stiniva Cove is a little harder to reach (although it does get busy with daytrippers in the summer). Two towering cliffs—just 4km apart—form a gate to the beach which keeps out larger boats. The only way is to walk from the tiny village of Žužec. Grab a beer at the small beach bar to reward your efforts.

This beautiful beach is named after the silver shine of its pebbles under the moonlight. This is also the most famous beach on the island of Vis. Rich in pine trees, Srebrna is the most common choice for families with children. Large and spacious stone tablet which slopes down to the most beautiful beach in the western part of the island is partly covered by pine trees. A large parking area is located only 250 meters from the beach.

This is certainly one of the most beautiful beaches on the Adriatic coast with bright, glistening sand. This beautiful beach of your dreams is a perfect place for those who want to escape the summer crowds and enjoy the peace, quiet and crystal clear waters. If you are annoyed by the heat, you can find a place in the shade under the thick treetops of pine trees which are located behind the beach. On the beach there are no facilities apart from the restaurant where you can freshen up and enjoy a variety of local specialties.

This is a beautiful little cove situated on the southern part of the island, surrounded by sloping plains that slope gently into the crystal clear water which is always a few degrees cooler than at the nearby Srebrena. The reason for this is the fresh water in the bay as well as the ever-present western current that converts shallow water around the reefs into small current rapids. The beach Little Travna be reached following the path.

Another pebble beach, popular among children, is located on the southwestern part of the Vis cove, right at the foot of a small fishing and tourist village Rukavac. And even though the shade can be found only in a small pine forest above the beach, large stones in the northern part of the bay are in the shadow after 17 hours.

This beautiful beach is named after the eponymous lighthouse and cape, and is situated in a long bay of a small fishing and tourist village. On this sandy beach there is an excellent restaurant and beach bar, a playground for beach volleyball and lots of shade under the palm trees on the west side and under the tamarisk trees in the eastern part of the beach which makes Stoncica an ideal place for family outings. The roads from Visa leads to the paved trail with parking for cars from which you walk down to the beach.

No 7 Porat – island of Bisevo